Online trolls are trying to ruin my business. I won’t back down. 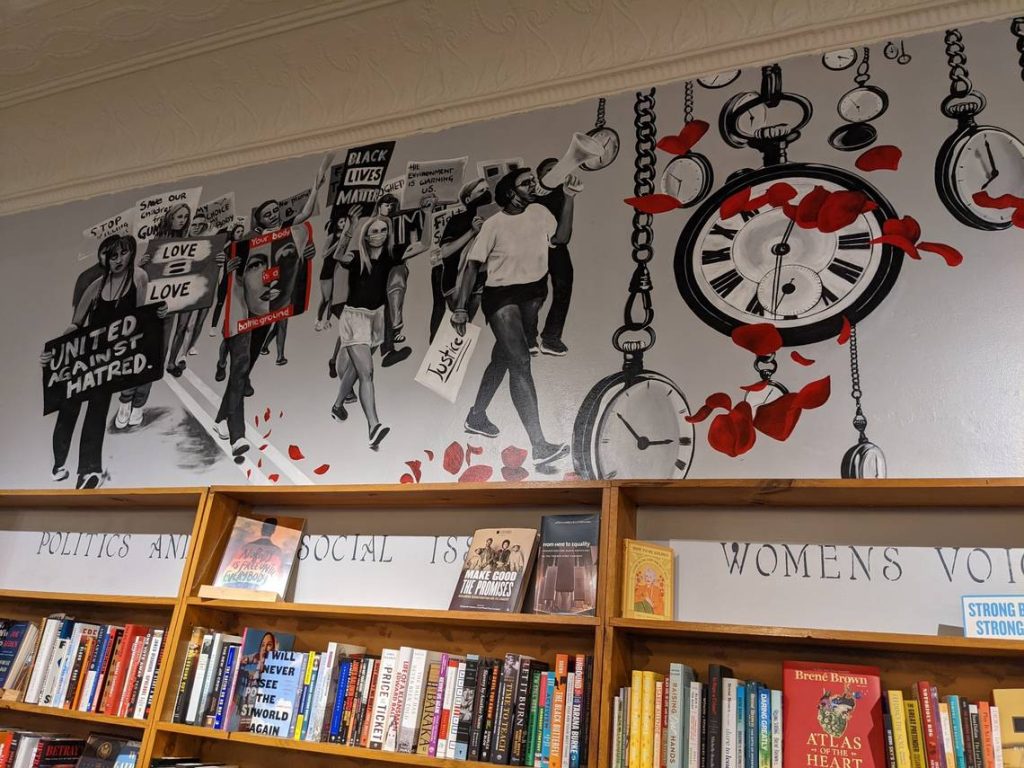 Every few years my independent bookstore in Salisbury ends up on a boycott list by a racist Facebook group.

In 2020, I agreed that Salisbury’s city council should remove a Confederate monument from our town square. The “Confederate Wire” then added us to a list of small businesses to boycott. Instead, we were inundated with customers who wanted to prove our town’s economy is not driven by racism. While exceedingly stressful, this incident ended on a positive note for my store.

Last week, we held an inaugural “Readers for Change” meeting to discuss nearby Faith, N.C.’s Fourth of July parade, which allowed Confederate “soldiers” to shoot weapons over attendees. Some at the meeting were unaware of Faith’s past as a “sundown town” and the home of a former Grand Dragon of the N.C. KKK.

We encouraged participants to write to corporate sponsors of the parade and ask them to put money toward promoting anti-racism in our community. So far, three of the seven major ones have pledged to recalibrate future sponsorships.

Our social media sites were flooded with vile comments and bigots tried to argue that I was the true racist in this situation.

There is a new social justice mural in my bookstore, just above the shelves, that contains an image of protesters, including one holding a “Black Lives Matter” sign. Before the paint was dry, racist trolls began leaving one-starred reviews of my business online, arguing that I was ignorant of long-debunked falsehoods about Black Lives Matter organizers. In the world these sad folks live in, I apparently perpetuate a culture war with my own brand of hatred and I should return to where I came from — which is this state of North Carolina. I was born in Wilmington and raised primarily in Durham.

I recently read “Waging a Good War” by Thomas E. Ricks. He’s a military historian who uses that lens to examine decisions made by actors in civil rights movement of the 1960s. It is particularly striking that civil rights leaders were routinely asked by “allies” to wait — wait for your seats on buses and at lunch counters, wait to ask for voting rights. They were told don’t ask for more than society can provide right now.

Thankfully, most organizers refused to listen, noting there may never be an “appropriate” time to make good trouble, nor a time when no risk would be involved. To never stand for change means change will simply never materialize.

I choose to no longer seethe with anger as America’s collective consciousness reckons with its tortured past. We face a reckoning. We can choose progress or to slide so far backwards that we will destroy the work our ancestors fought for.

No troll will tear down a business that I have worked hard to grow because they don’t agree with me saying that Black Lives Matter. America’s minorities have never experienced the privileges white people are born possessing. This system of oppression should not continue for another moment longer, and its flags and uniforms should be relegated to museums.

Meanwhile, you want to know my business plan? Look no further than the art in my store and the books on my shelves. Like a fantasy novelist, I am world-building from this space. We are reading from a magic carpet, floating with frogs in teacup balloons across mountainous terrain, heading to the next great adventure. Art, literature, equality — the beauty on display in my store is worth all it costs.